Today’s weather in greater Bangor will be partly cloudy with temps as high as 81. Check your local forecast here.

The North Korean missile that soared high above the Sea of Japan early Monday was hailed by state-run television as a “shining success.” But to U.S. officials, it was a most unwelcome surprise: a weapon with intercontinental range, delivered years before most Western experts believed such a feat possible.

Hours after the apparently successful test, intelligence agencies continued to run calculations to determine precisely how the missile, dubbed the Hwasong-14, performed in its maiden flight. But the consensus among missiles experts was that North Korea had achieved a long-sought milestone, demonstrating a capability of striking targets thousands of miles from its coast. Read More. 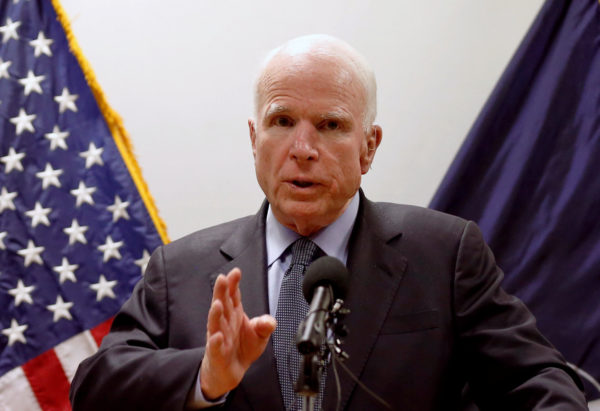 On July 4 visit to Kabul, top GOP senators say US needs to ‘win’ in Afghanistan

A bipartisan Senate delegation Tuesday called for more U.S. troops and more aggressive American military action in Afghanistan, as well as pressure on neighboring Pakistan, saying the United States needs “a winning strategy” to end the 16-year war here and prevent the spread of terrorism.

“We are united in our concern that the present situation in Afghanistan is not on a course for success. We need to change that quickly,” Sen. John McCain, R-Arizona, chairman of the Senate Armed Services Committee, said in a news conference at NATO and U.S. military headquarters in the Afghan capital at the end of a three-day visit to the region.

“America is the strongest nation on earth,” but “we are not winning, and obviously we need a new strategy to win,” McCain said. “We are frustrated that this strategy has not been articulated yet.” Read more.

A New York City police officer was killed Wednesday in the Bronx by a gunman who was then shot and killed by police as he ran from the scene, police said. Read more.

early eight months after his parliament toasted the electoral victory of Donald Trump, Russian President Vladimir Putin will finally have his first face-to-face with his American counterpart Friday, on the sidelines of the G-20 summit in Hamburg.

But the optimism over President Trump that brought out the bubbly on the floor of the State Duma on Nov. 9 has long fizzled. The president-elect who was praised in Moscow for his seeming willingness to reconsider U.S. policies abhorrent to Russia turned out to be a president — embattled by an investigation into possible collusion with the Kremlin during the campaign — who has changed nothing.

From Moscow’s point of view, since Trump took office, the relationship has gone from abysmal to worse, amid growing tensions over the increasingly assertive role of the U.S. military in Syria.

Ukrainian police on Tuesday seized the servers of an accounting software firm suspected of spreading a malware virus which crippled computer systems at major companies around the world last week, a senior police official said.

The head of Ukraine’s Cyber Police, Serhiy Demedyuk, told Reuters the servers of M.E.Doc — Ukraine’s most popular accounting software — had been seized as part of an investigation into the attack.

Though they are still trying to establish who was behind last week’s attack, Ukrainian intelligence officials and security firms have said some of the initial infections were spread via a malicious update issued by M.E.Doc, charges the company’s owners deny. Read more. 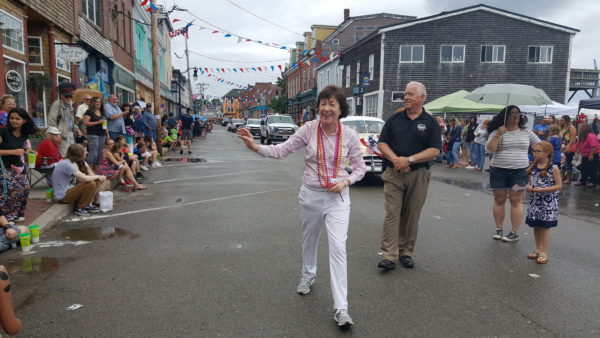 Tiny Eastport is famous for drawing big crowds and big names to its massive Fourth of July celebration on Maine’s eastern edge. Proving this year was no exception, Sens. Susan Collins and Angus King were among the marchers who paraded past some 10,000 revelers.

“I come here because it means a lot to the people of Washington County and because it’s been a tradition to the Maine congressional delegation,” Collins said after marching through the island city with the Maine Army National Guard Band, naval officers, veterans, emergency personnel, Shriners, cartoon characters and many locals. Read more.

Hope soared at the State House just after 10 p.m. Monday when Gov. Paul LePage and Democratic House Speaker Sara Gideon struck a deal for a bipartisan budget bill and an end to Maine’s three-day government shutdown.

The House of Representatives voted 147-2 in favor of the deal at nearly 1 a.m. Tuesday and the Senate followed suit 35-0. LePage signed the budget into law.

At around 9:45 p.m., the House convened briefly send the budget back to the conference committee, said Gideon at the rostrum. The Senate quickly did so a few minutes later.

Gideon, D-Freeport, then joined five other members of a special budget committee to vote on the compromise that aims to end the shutdown. At 10:30 p.m., that group met and sent the new budget agreement to the full Legislature.

“We have reached an agreement,” Gideon said. Read more. 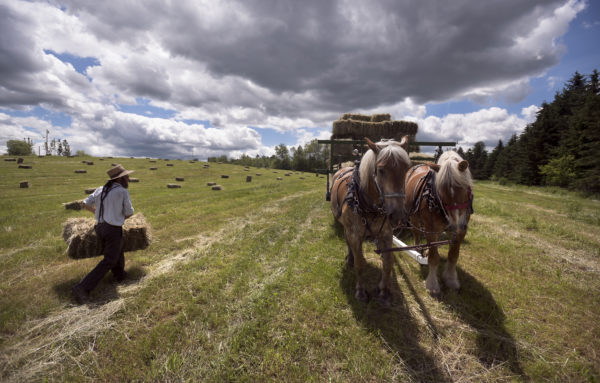 Former Amish man creates his own simple life, minus the religion

He still dresses like an Amish farmer, still uses his horses for transportation and power, still eats from his garden, still uses an ice house and still tries to live simply. But he also owns and drives a Honda Element, uses a cell phone and reads whatever he wants. He can have a beer or a glass of wine, can vote in elections and can have a relationship that’s based on equality and not male dominance. Most of all, though, he can think freely, no longer bound by the laws and words printed in the Bible, the words which by the end of his time in the church felt to him like a prison of superstition.